A German journalist in Japan. He is supposed to report on the aftermath of the earthquake and tsunami in 2011. But when he meets his childhood love again, his own reality is shaken.

There was a saying in Finland in the late 90s that foreign men living there came to the far north either for Nokia or for a Finnish woman.

Jonas Rothlaender recently fell in love with a Finnish woman himself, and over time he has met several other men who have also come to the far north for love. So called IMPORTED HUSBANDS. Jonas meets different men who, just like himself, are confronted with the cold and endless nights, the quiet caginess of the Finns and ultimately with their own insecurity and vulnerability in this circumstance. So what at first glance seems like a clash of cultures, turns out to be an exciting story of male identities.

Production: SWR in co-production with YLEISRADIO 2016 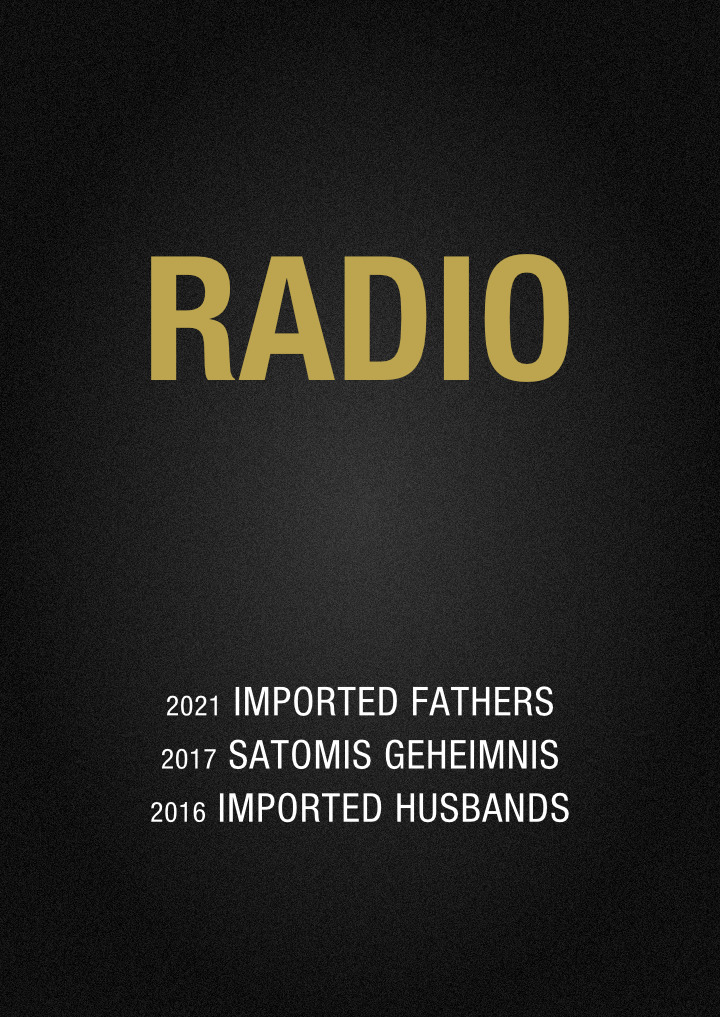